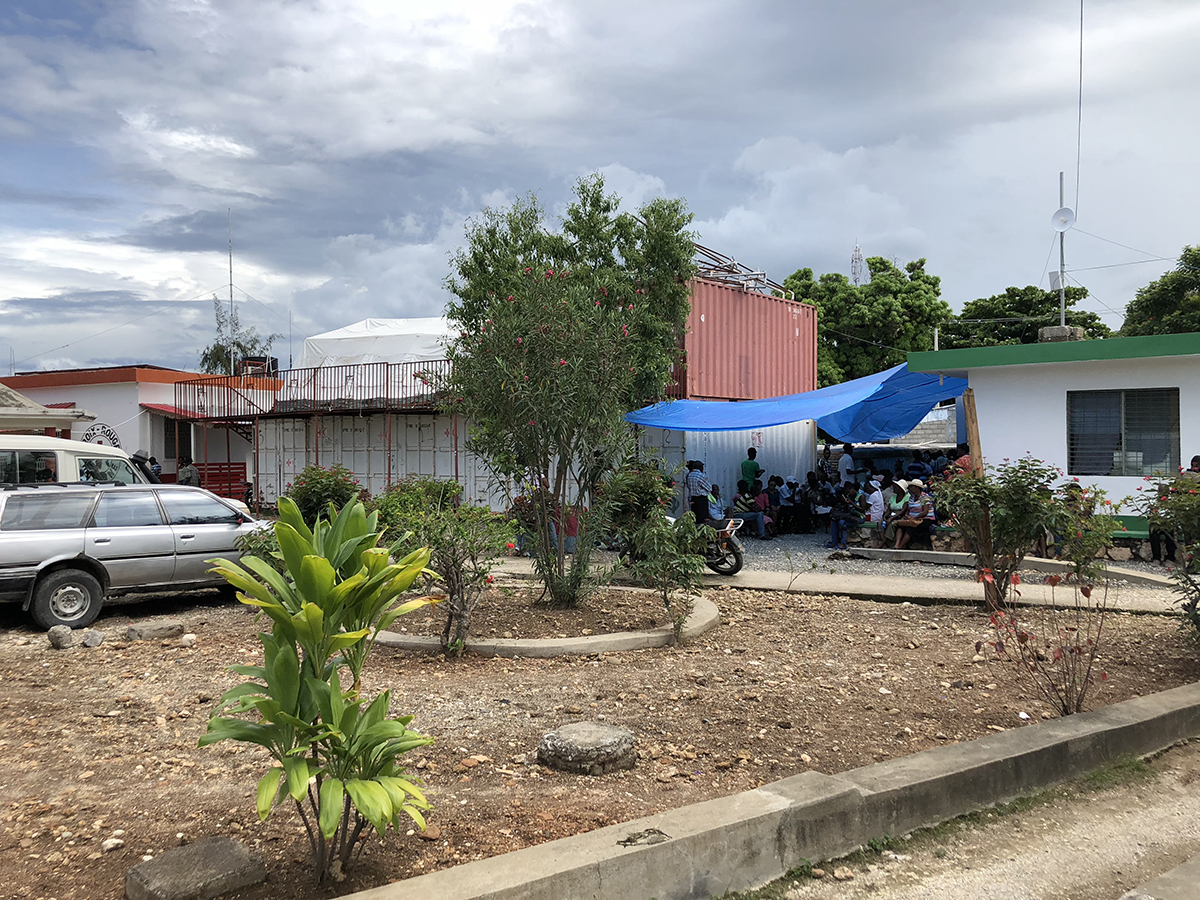 My Boss: You have been selected to attend a mission trip!

Me: Oh! That sounds great I responded.  Where is it?

Me: Haiti! (all while thinking, where is that? Time to consult all-knowing “Google”)

According to my government (The British)

The Foreign and Commonwealth Office (FCO) advise against all but essential travel to the Carrefour, Cite Soleil, Martissant and Bel Air neighborhoods in Port-au-Prince due to the high risk of criminal activity.

Note to self: Don’t tell any of this stuff to friends and family. 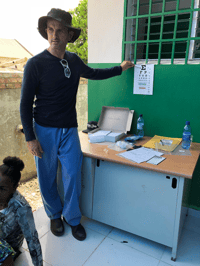 As the pre-trip planning increased, and we understood our roles more, my anxiety grew mainly due to the unknown.  I quickly got distracted with daily life, and before I knew it the departure day arrived, and I found myself arriving in Haiti’s capital Port-Au-Prince. The drive to our first nights’ accommodations was an invasion of the senses. It was so different than our sanitized and regimented world of the UK & the US.  There was noise, unregulated roads, and rubbish all over the place. The warm welcome of our hosts more than compensated for the unusual start to our trip.

After meeting the other volunteers and trip leaders from VOSH, and interestingly two Americans who were born in Haiti, we had a good night’s sleep in preparation for the week ahead.  Day one was a 7-hour drive in a minibus to Jeremie. This was another assault of the senses, seeing what multiple natural disasters and extreme poverty look like first-hand.  When we arrived in Jeremie we went to the “hospital” to set up for our week’s work. The hospital looked more like a war zone than the mental picture I had preconceived.

However, we all began setting up our stations and equipment for eye exams. Michelle, our trip leader, confirmed our target was to see 1,000 Haitians in the four days. This sounded tough, but we were all super positive and it felt like our energy and enthusiasm would get us through. 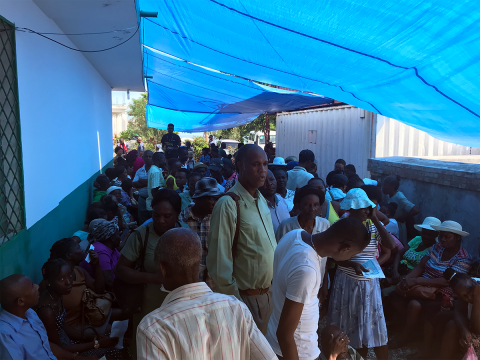 Monday morning arrived, we took the minibus to the hospital and our consecutive 12hr days began, in some ways you could say the next four days were quite repetitive. You would be right with this statement, but I can tell you we all learned a lot during those four days.  Every day I try to capture my thoughts in a journal and I would like to share some of my highlights for your interest and reflection:

Thanks to anyone who has pledged funds to this amazing cause. I can tell you every cent makes a difference.  Thanks also for letting me be chosen to represent all of the donors and the company I work for on this eye-opening charity mission!